(MRBHome)/Flies/Bing-Lempke
My buddy Steve Hamner found these flies in his archives. Bing Lempke was a locally well-known tier back the 1970s -- 1980s. Bing had a way of tying extended-body duns that people liked. He fished a glass rod with Perrine automatic fly reel on the Henry's Fork in Idaho.
binglempke 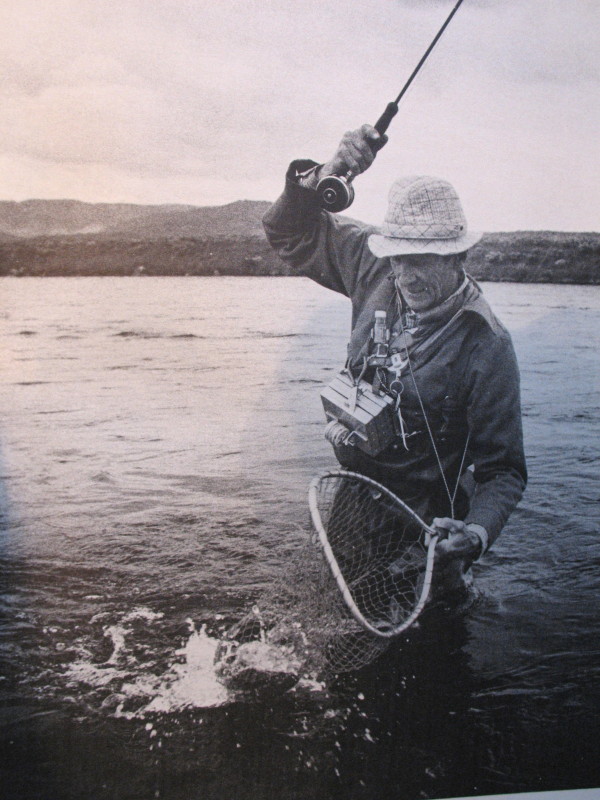 I think Bing died in 1990. I met Bing once--at a TU fly tying seminar I organized back in the early 1980s. I invited a dozen or more local tiers to come. But George Grant and Bing were the only two who actually showed up. Bing was a working man and so was I in those days. We became instant friends. At one point a cocky teenager piped up (while Bing was busy tying an extended body Green Drake) and said something like: "you don't really need to spend that much time tying a fly, just to catch a fish."

I didn't practice any spur-of-the-moment dentistry, like I wanted, but I was a hot-headed construction worker in those days. And I lit into him pretty hard. I glowered at the teenager with narrow eyes and tight lips and said something like "you're looking at a work of art kid, and you're too ^%$#ing dumb to know what you're seeing." The teenager made a fast nervous exit and we never saw him again.

I ran into Bing a few more times in years after that, usually at FFF conclaves where Bing was tying and I was showing boats. Bing always grinned and re-told the story of the cocky teenager who ran off with his tail between his legs. Alas I never did find the time to go wet a line with him.
Slideshow
index.htm