(MRBHome)/Flies/Fred-Nelson
Fred Nelson moved to Bozeman, Montana in the early 1970's to fish and to go to graduate school in Fisheries Management, in that order. Fred is still in Bozeman, having completed a career with Montana Fish Wildlife and Parks where he was (and remains) the guru for in-stream flow methodologies. Along the way he played a pivotal role in ensuring that fishermen have access to Montana's rivers and streams and has been a staunch supporter of wild trout conservation. And, oh yeah, he just happens to be a very accomplished fly tier and one of the best fly fishermen I have ever seen. But you don't have to take my word for it. Fred has an international following.
Fred 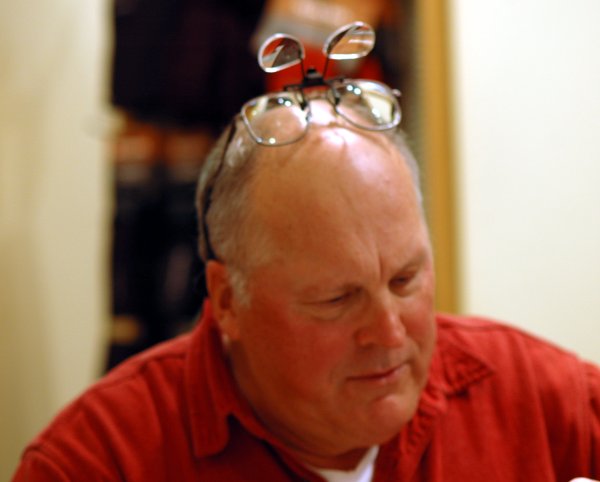 I was along for Fred's introduction to the wily, wild steelhead of the Skeena River system many years ago when Fred landed more than ten of those big animals in deplorable river conditions that saw most of the touts turn to drink and story telling. Fred has since returned annually to the Smithers, B.C. country in the early fall and then to the Thompson River for a late fall trip. He has become legendary. There have been stories in the Smithers newspaper about this unassuming Yank. If a foreigner can stand out in this Valhalla of wild steelhead fishing, he must really be something.

If you haven't met Fred, you really should. He is a true gentleman, a master of his craft and a joy to be around. He can be found in Bozeman with his lovely wife, Lenore.