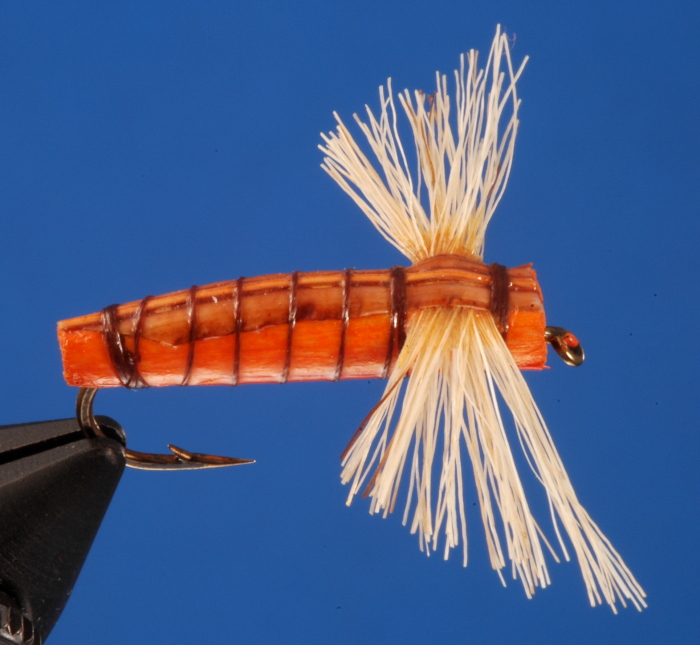 Boehme was best known for the Picket Pin and the Bloody Butcher. This is a good start, thanks to Mike Wilkerson. Finding information about Jack is not easy. He apparently owned or ran a tavern in Missoula, and also tied flies for Bob Ward's tackle shop. Bob Ward's is now a big outfit with stores all over the Northwest. But they started out small in Missoula. My dad and I went to Bob Wards to buy flies once, when I was 12. So it's possible we bought a few Boehme flies then and didn't know the difference. I'll never forget that day. My dad and I had been fishing the West Fork of the Bitterroot all summer. And my dad had even managed to catch a fat rainbow over 20" long. But that morning, on the sidewalk at Bob Wards, they had an ice-chest display with 5 fish--all rainbows and all over four pounds someone caught early that morning on the Big Blackfoot. Sights like that you never forget.

The Big Blackfoot slid downhill for decades after that, due mostly to mining and clear cutting in the upper watershed. Everyone now says it's on the rebound. Not what it used to be a long time ago. But better than it was only a decade or two ago.
Slideshow
index.htm