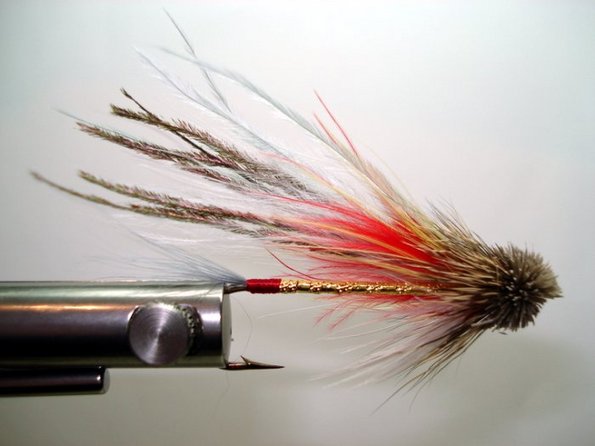 I copied the following text (and the above photo) from http://clarksclassicflyrodforum.dmc12.yuku.com/topic/9794?page=2 I tried to make contact with the author (gbflytyer), but failed. I'll remove this if anyone ever objects. This is a fine-looking Pat Barnes fly, and it deserves to be preserved.

This fly is described in Pat and Sig Barnes' 1964 Waterborn Flies catalog. It is claimed here that the action of the marabou tail helps make it effective. Pat originally used it for large browns and rainbows on the Missouri River, but found it to also be effective for these trout in waters around West Yellowstone.