There was a damp, early-morning fog at Ed and Helen Nelson's Spring Creek Ranch, a few miles south and across the river from Armstrong Spring Creek, near Livingston, Montana. This was to be the first of three guiding days I had scheduled with Greg LeMond and his wife Kathy. I was plenty nervous about it. Greg had just won the Tour de France for the third time. He was the first celebrity I had worked with as a fishing guide and he was coming at the wrong time of year. The last thing I wanted now were three days of slow late August, low-water heat-wave fishing with the most important clients of my guiding career. As it would turn out, good luck would shine on me one more time--because I would somehow manage to string together three of the best-ever fishing days in a row. But I didn't know that at the time. 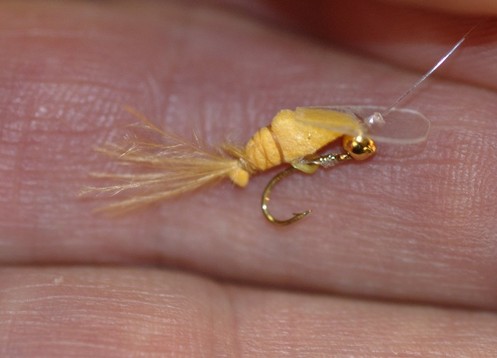 Starting off at Nelson Spring Creek was a stroke of good luck in itself. The fishing there is usually good and often great. Greg and Kathy turned out to be generous and friendly folks. And Greg was a fishing fiend. When he fell in a nasty spill in the Pyrenees, he told me, "I tried to fall on my forearms, so I wouldn't ruin my casting hand." Greg told me early on he wanted me to spend most of my time with Kathy. "I need you to tell me what flies to use," he said. "But basically, I know how to fish."

I was feeling better already. Greg had boundless energy and an almost pathologically competitive spirit. I never saw a man move so quickly cast so many times and fish so hard. Kathy was a quick learner too. There were plenty of bugs on the water that morning. But the spring creeks are a hard place to learn fly fishing. Starting a first-day fly fisherman off at Nelson's Spring Creek is a little like asking a teenager to compete in the Master's Golf Tournament.

By midday, when we finally broke for lunch, Greg had caught too many fish to count. But Kathy, who had jumped missed nicked and been refused by a zillion trout, had only actually netted one fish. She was casting well though. All she really needed was to get a few more fish on the line, to get her confidence going. I had a 3/4" homemade wiggler in my box that I had been carrying around for months. Now might just be the time to try it, I thought.

When we started back in again after lunch I sent Greg up to fish amidst a pack of rising trout below a small diversion dam. Kathy and I went straight to the weed channels immediately across from the picnic tables. The fish are exposed there so it is a notoriously difficult place to fish, but we had to start somewhere. The wiggler turned out to be a bombshell. I don't think I've seen anything quite like it before or since. Nelson Spring Creek trout are so fussy and so nervous I have many times seen them refuse a natural mayfly. So when a huge fish--on the first cast--cruised up behind the wiggler, sniffed it once and then darted back into the weeds, I thought "Oh well, it was worth the try." But no sooner did I finish the thought when out came the same fish again then back into the weeds and then back out again. And then bang! We had him. It turned out to be the same with all of them. They tried to resist, but they couldn't do it. Two, three, four times apiece they would refuse. And then out they would come one more time to nail the wiggler. It was hard to believe!

After a dozen or more fish the wiggler finally disintegrated. It was incredible fun while it lasted and Kathy had learned what to look for and what to expect. She had learned when and how to strike a fish. Later that evening, when the sulphur duns were hatching, I had Kathy rigged up with a small foam grasshopper--as an indicator--and a #22 Cream Midge Larvae, a generic small nymph that works well as a Sulphur emerger. Nymph fishing during the Sulpher hatch is the most challenging fishing imaginable. Unlike Pale Morning Duns, which ride the surface for 20' or more before flying way, mature Sulphur duns take off as soon as they get their wings up, so the trout key in on the drifting nymphs and emergers. The trout take so gently during the Sulphur hatch they seldom make an indicator move. You have to fish by instinctive radar. When you see a fish move anywhere in the vicinity of your fly you have to set the hook, even if the indicator hasn't budged. In one log-jam spot up above the midge pond Kathy caught four or five fish on a #22 nymph, without ever taking a step!

Since then I have fished with mini wigglers many times in many places. Like all flies their success seems to vary from day to day and place to place. But for some reason I am at a loss to explain they are the most consistently and predictably effective on the spring creeks. Fishing the water with an attractor, downstream and across with a tight straight line, isn't what spring creek fishing is all about. So I never use wigglers when a hatch is on. But I do find myself falling back on them in the late afternoons when most fishermen resort to beetles or ants, or take the afternoon off while waiting for the sulphurs to start in again.

When I'm out there on a spring creek, when the sun is hot and the fishing is slow, when I've got a wiggler in my box, sometimes I just can't resist, no matter how hard I try.